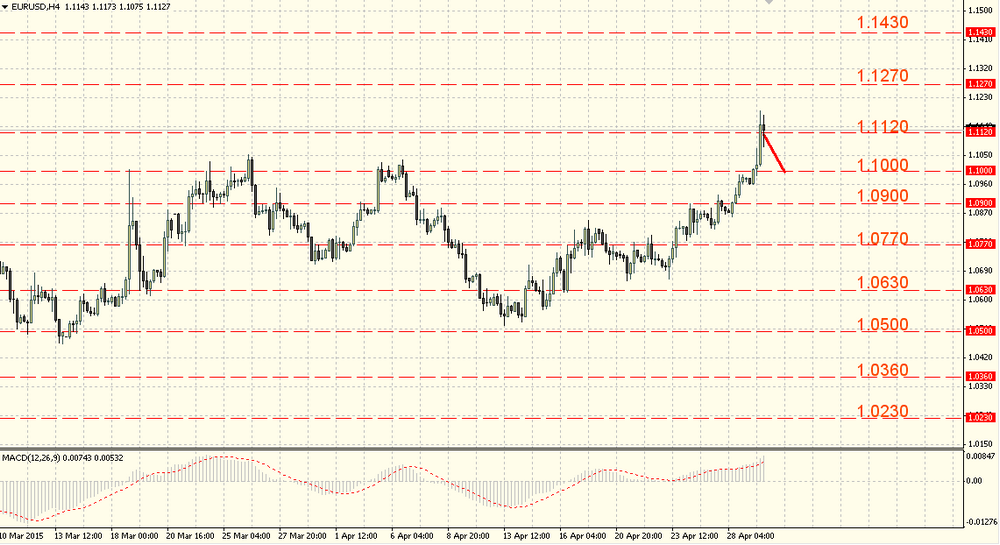 The European currency was traded against the dollar amid the US economy statistics and the political reports, concerning Greece. The M3 monetary aggregate rose up to + 4.6% y/y in March after + 4.0% y/y in February while it was expected 4.3%. The Italy business confidence index came out better than it was expected and showed 104.1 in April from the previous 103.7. The euro is moving higher and higher in pair with the US dollar. Having broken through the resistance near 1.0880-1.0900, the pair rose up to the level of 1.1000-1.1020 and after its breakthrough there was the resistance level of 1.1120-1.1140 testing. 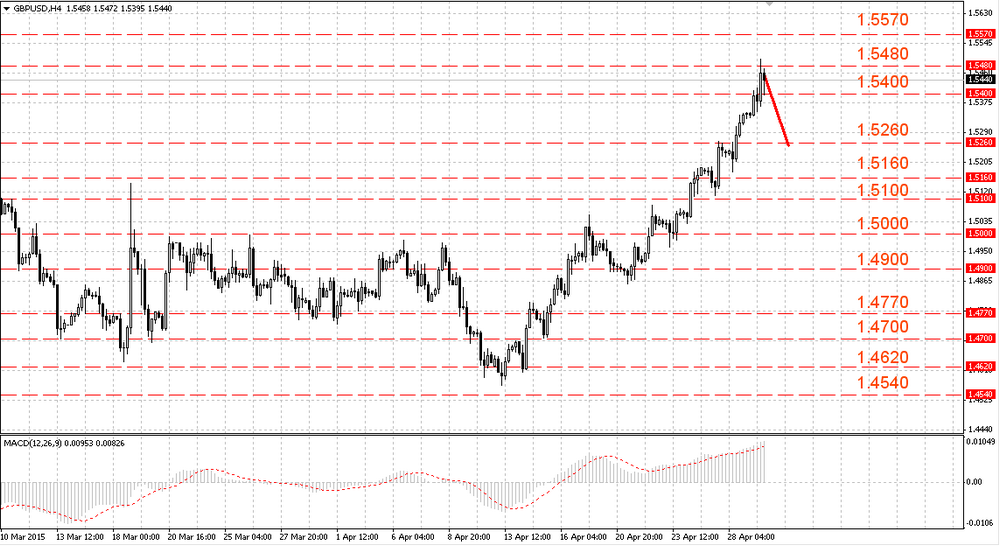 The pound was under pressure, still it was able to level its losses and rose against the dollar to the new local highs. According to the housing and construction company Nationwide, the UK house prices rose by 1% in April compared to March that is the most significant growth since June 2014. Economists had forecasted the housing prices slight increase only by 0.2% in April after growth by 0.1% in March. The prices rose by 5.2% in April from 5.1% in March on the annual basis.

The pound/dollar upward correction was continued. The pair tested the resistance near 1.5400-1.5420. Moreover, this level was broken through which led to the pair growth towards 1.5480-1.5500. 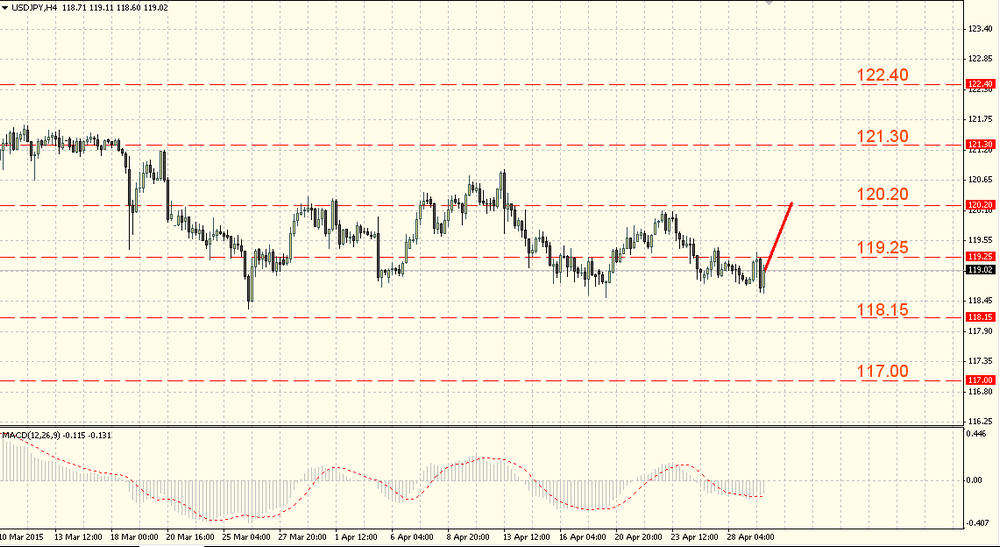 The Japanese yen strengthened against the dollar at the last trades, but much less than the European majors. The pair dollar/yen is likely to continue the weak trade in the range, waiting for the US first quarter economy results reports and the Fed monetary policy decisions. The pressure on the US dollar against the Japanese yen is still preserved. The pair is trading near the resistance around 119.25-119.45.

Thus, the risks of the support breakthrough are still preserved; in this case we should expect the pair decline towards the 116th figure. The growth above the 120th figure will significantly reduce these risks.