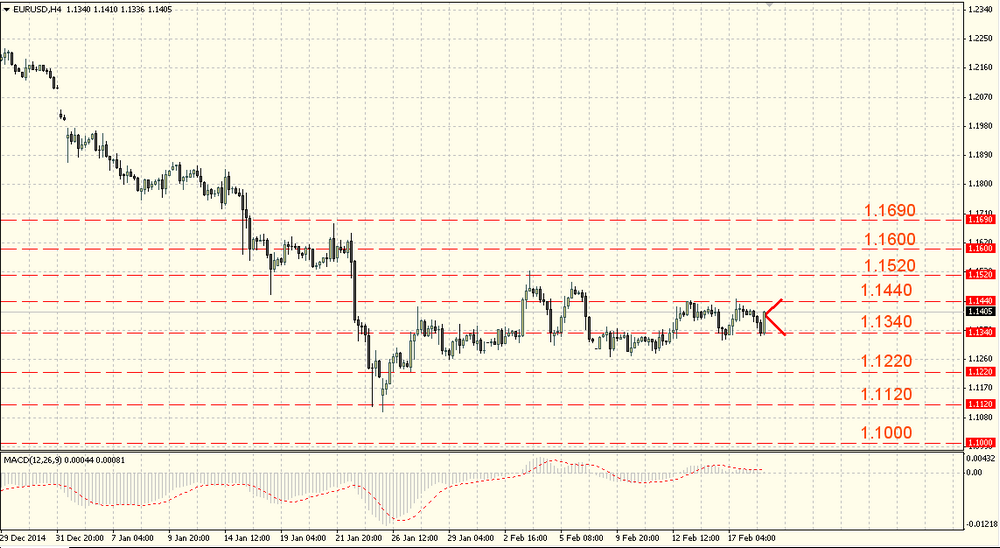 Demand for the euro has increased and it has grown against the US dollar at the end of the day. The euro was supported by the German economy data as well as the Euro group governor J. Dijsselbloem’s statements about readiness to work towards the Greece debt problems resolution.

There were published the 10-year Germany Bund bond yields sales. The important news output is not planned. The euro remained under the external messages influence and above all from the United States influence where the Fed minutes will be presented.

The absence of any positive progress in the negotiations with the Greece creditors did not prevent the pair euro/dollar to carry out another recovery attempt. Having rebounded from the support around 1.1320-1.1340, the pair rebounded upwards and tested the resistance near 1.1440-1.1440. The pair fell to the support 1.1320-1.1340 and slightly increased at the end of the day.

In general, the pair is in the consolidation phase, its output from the range will show the further movement direction. The decrease risks resumption are still high. 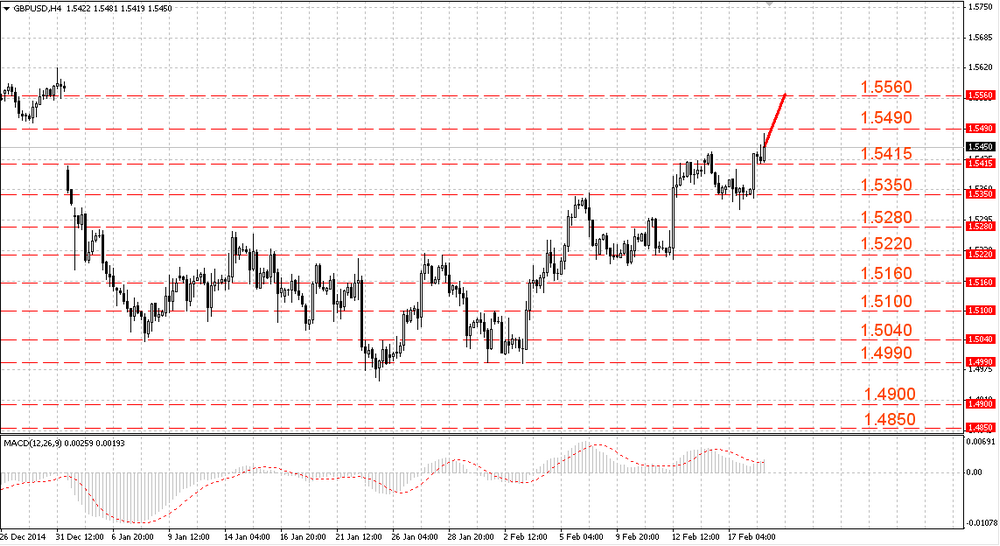 The pound strengthened against the US dollar, once again approaching the more than one-month high as demand for the British pound has grown after the optimistic national employment publication while the demand for the US dollar remains generally low. The January jobless claims report came out better than expected -38,6K against 35,8K, earlier it was expected -25,0K.The unemployment indicator has also shown positive results -5.7% against the previous 5.8%. The Bank of England minutes showed that the interest rate was unanimously maintained at the same level of 0.5% as the bonds purchases volume was 375 billion pounds. 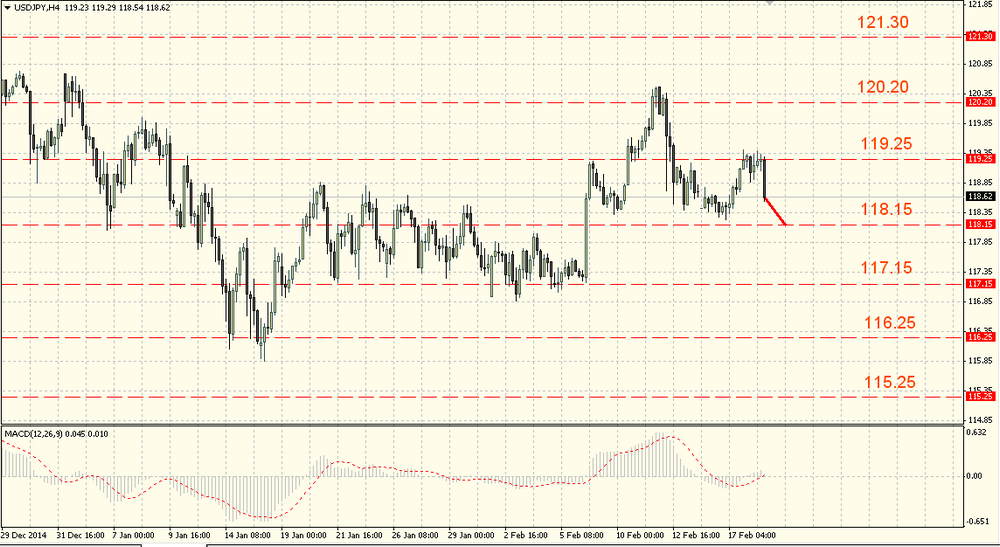 The pair dollar/yen has grown. The US dollar was supported against the yen by the US Treasury bond yields increase which pushed to believe that the Fed would soon begin interest rates increase. But the pair decreased at the end of the trades. The Bank of Japan finished the session and announced its monetary policy decision. The policy settings changes have not been made, the rate and incentive programs remained the same. There have been revised for the better exports and production forecasts.

The pair dollar/yen recovered after reduction to the support near 117.95-118.15. The pair growth was limited by the resistance near 119.25-119.45 and after the level testing it rebounded downwards.

The rebounds continue to attract buying interest that preserves high growth risks to the 120th figure. Its breakthrough will strengthen the upward impulse. The loss of the support near 117.95-118.15 may lead a decrease towards the 117th figure.