Forex Analysis: The UK inflation growth is minimal since 1960 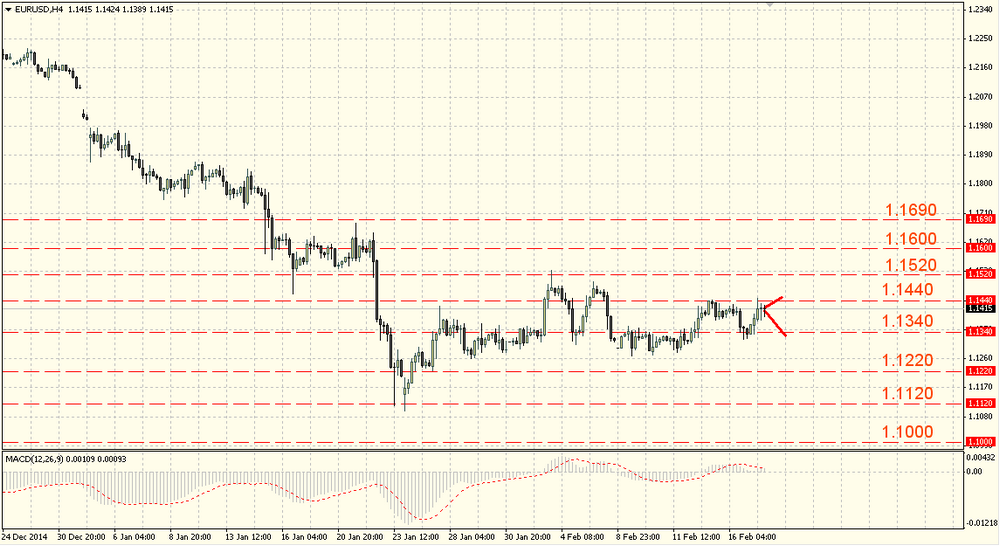 Greeks rejected the European authorities proposals to continue cooperation as they previously agreed and asked only about the current assistance program technical six-month extension that was not supported by lenders. This news caused the euro decrease against the dollar and other competitors. The February economic expectations index in the EU's largest economy is expected with an increase to 55.8 from 48.4 in January and the current conditions index with growth to 30.0 against the previous 22.4.

The pair dropped to the level of 1.1340 and rebounded upwards. Rebounds are limited by the resistance near 1.1440. The pair tested it.

Messages about the absence of the Greece and the Euro group negotiations results have pressed the pair pound/dollar and the "cable" showed some losses. The Consumer Price Index (CPI) is expected with a decrease by 0.9% m/m and to 0.3% y/y after 0.0% m/m, 0.5% y/y in December, the retail price index (RPI) can also show a negative dynamics – 0.5% m/m and 1.4% y/y against the previous + 0.2% m/m, + 1.6% y/y. The pair GBP/USD was unable to continue the upward correction. Once being under pressure, the pair dropped to the level of 1.5330-1.5350. The pair is consolidating at this level. 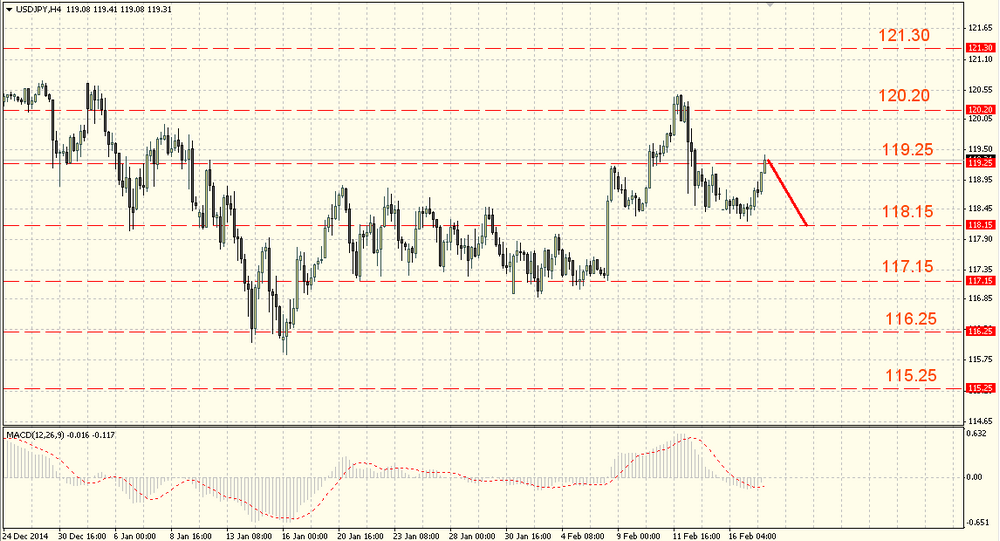 European events related to the Greece issues have influenced the pair dollar/yen less than others. Nevertheless, the absence of messages about the conflict resolution pushed investors to escape from the risk into the yen shelter that caused the US dollar decline. Nevertheless the dollar increased at the end of the day.The January export data is expected with a decrease to 11.9% against the previous 12, 9 %. The Bank of Japan monthly report will be soon presented. The trade balance indicators can also come out below the December results.