Forex Fundamental Analysis: Janet Yellen did not change the rates

The European currency fell against the dollar and was almost at the same position from which it started growing after the Greece positive news. Then it rose and now it is consolidating. The European statistics release the 4th quarter German GDP final data, probably with correction per year, + 0.7% q/q, + 1.4% y/y against the initial 0.7% q/q, + 1.6% y/y. Since the beginning of the new trading week, the pair euro/dollar came again under pressure and fell below the support near 1.1320-1.1340. The recovery attempt was limited by this level. In general, the situation remains unchanged: the pair has been consolidating in the range for a month, without being able to determine the direction. 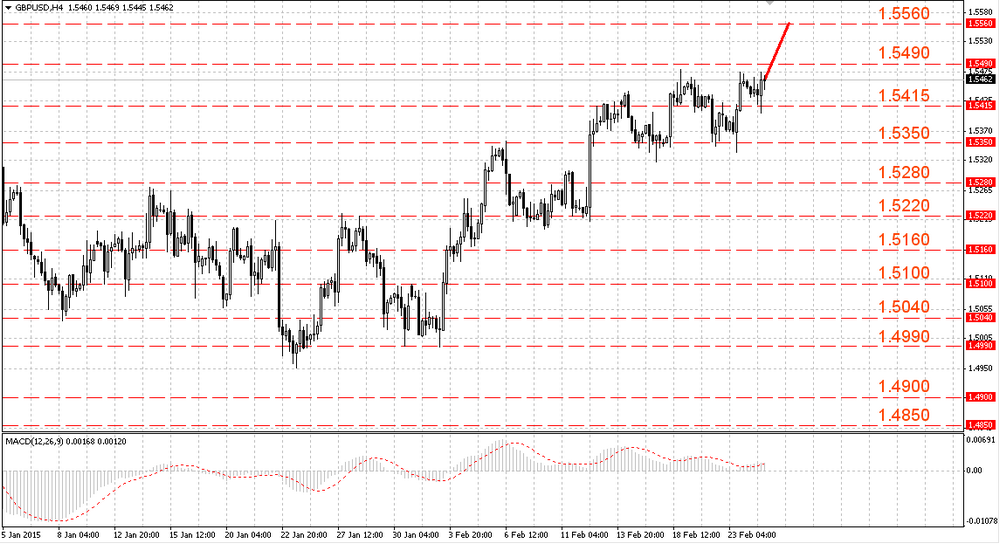 The British pound rose against the dollar and other competitors on rumors that the UK inflation can grow with the expected wage growth support and it will facilitate the BoE decision on the monetary policy tightening. The pair pound/dollar decline below 1.5330-1.5350 was temporary. The pair was sold off from the level of 1.5330-1.5350 and returned above this level and rose up to the resistance around 1.5470-1.5490. Rebounds are now limited by the support near 1.5395-1.5415.

The chances to test the resistance near 1.5490-1.5510 are still preserved. Its breakthrough will provide an opportunity to the bulls to test the level of 1.5560-1.5580. The loss of the 53rd figure will weaken the upward impulse.

The Japanese yen was declining against the US dollar and it returned back almost all the gains. Then it recovered. The Japan economic news was published – the corporations’ price index recorded a small slowdown to 3.4% y/y in January from 3.5% y/y while it was expected a growth by 3.6% y/y. The pair dollar/yen growth was limited by the resistance near 119.25-119.45 which still successfully holds back the bulls’ attack. The pair returned below this level and closed the trades at the level of 118.83.

The support level of 117.95-118.15 breakthrough will lead to the 116th figure testing and its completion is necessary for the downward trend continuation.