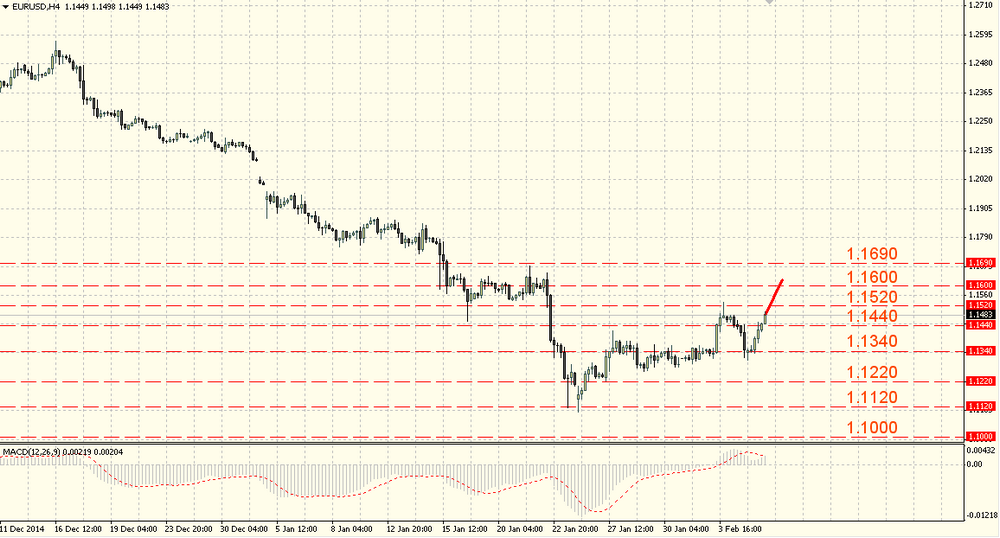 The euro increased after it fell against the dollar after the ECB announced that it would no longer accept the Greek debt as collateral for a conventional loan. The Germany industrial sector orders rose significantly more than expected in December by 4.2% m/m after the previous-2.4% m/m believed when it was forecasted growth by + 1.2% m/m. The pair euro/dollar consolidated below the highs earlier reached at the level of 1.1520-1.1520, gradually rebounding from this level. At first, the pair found the support at the level of 1.1420-1.1440. After the ECB news this level was also broken through that led to the pair decrease to the level of 1.1320-1.1340. The pair rebounded from this level and broke the level of 1.1440-1.1460 upwards.

Due to the correction the pair EUR/USD came out from the oversold state, so there will be no technical barriers for the level retesting and the level breakthrough of 1.1420-1.1440. In this case, the pair will continue its decrease towards the low at the level of 1.1320-1.1340. It needs to rise up and consolidate above 1.1520-1.1540 for the upward correction resumption. 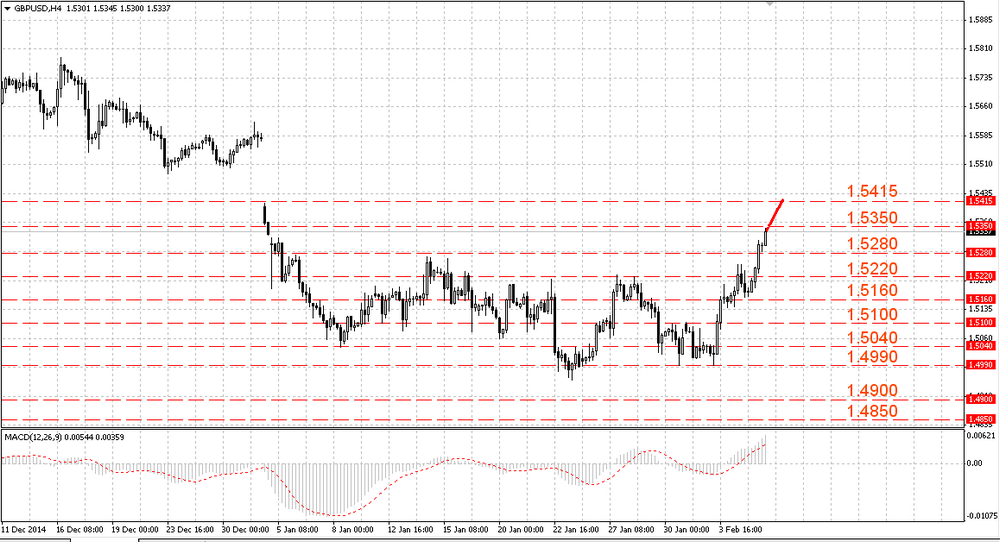 The pound again used the UK strong economic data support and has grown against the dollar. The service sector purchasing managers index (PMI) rose to the level of 57.3 in January against 55.8 in December when it was expected a decrease to 57.0. We expect the Bank of England decision regarding the interest rates and the stock incentive volumes.

As the pound did not manage to consolidate above it, we can speak about the risks of its return to the level of 1.5140-1.5160. Obviously, it needs a confident rise above 1.5200-1.5250 for the upward correction development. 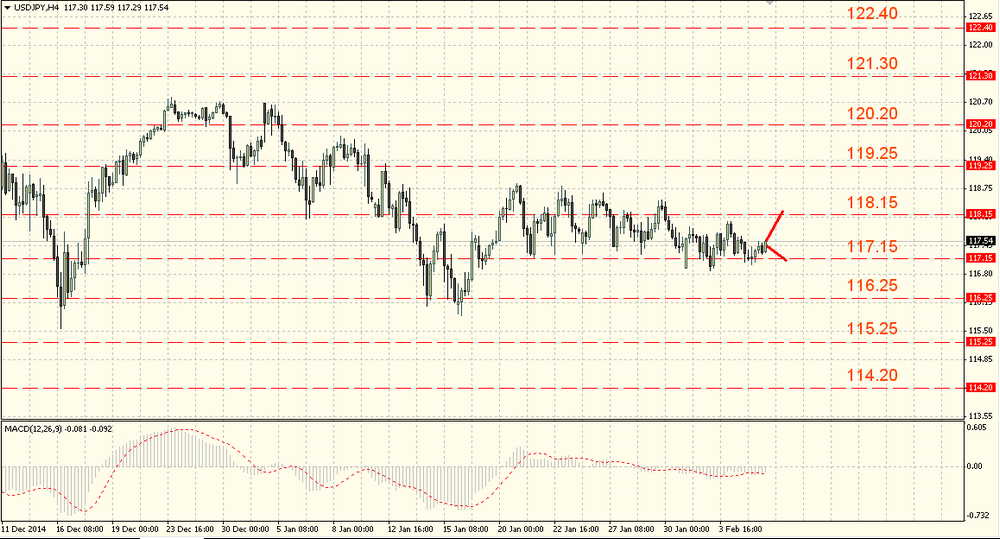 The Japanese yen initially fell against the dollar amid the expecting optimism, marked by the Japanese stock market. But then the pair dollar/yen ended the trading session with increase. We expect the foreign trade report in December, it is expected the deficit reduction to -38.5 billion against the previous -39.0 billion dollars. The pressure on the pair dollar/yen is still preserved. The pair rebounded from the 118th figure, declining to the 117th figure. In general, it continues to trade in the range without being able to determine its direction.