Forex Fundamental Analysis: The euro fell amid the dollar rally 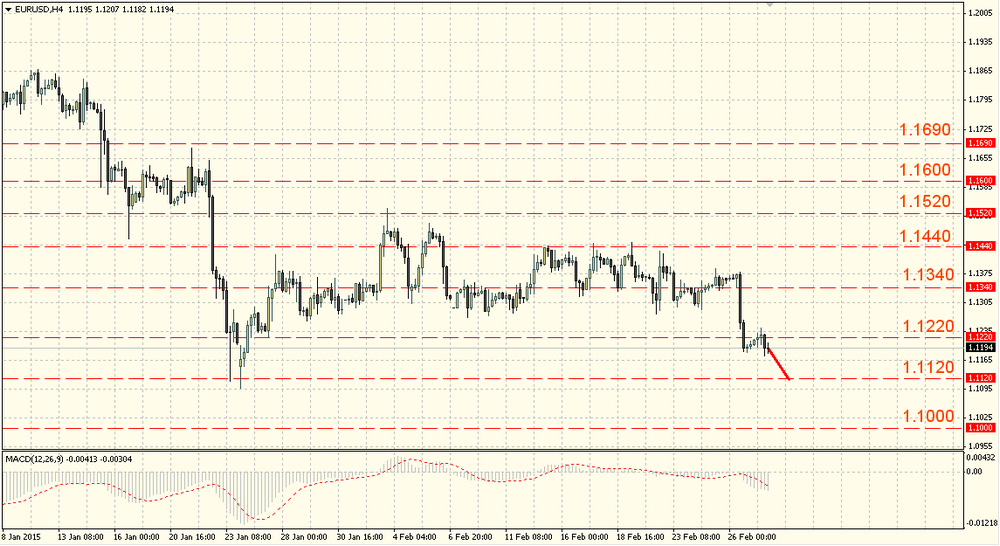 The pair euro/dollar consolidation ended with its decline, thus fully in line with our expectations. As a result the pair decrease broke through the support at the level of 1.1320-1.360 and fell under the level of 1.1200-1.1220.

The breakthrough may lead to the pair reduction towards the lows at the level of 1.1100-1.1120. We should be cautious with sales, although the risks of this level completion have significantly increased.

The pound fell against the dollar last week. The UK economic data marked the British pound sales and the US economic messages that were published later led to the pound sales continuation. Nevertheless, the pound could slightly increase. The British economic news – the consumer sentiment index by GfK remained at the same level of 1 in February while it was forecasted growth to the level of 2. The pair GBP/USD failed to rise up and consolidate above the resistance around 1.5560-1.5580 and it rebounded to the support near 1.5470-1.5490, broke through it and decreased to the support near the 54th figure.

The Japanese yen fell against the dollar. There was nothing influential observed for the pair on the stock and the debt market and the Japanese yen sales were amid the US economic data. There was consumer price index assessment in the center of our attention that remained at the level recorded in the previous month, + 2.4% y/y. The unemployment rate increased up to 3.6% in January after 3.4% at the end of last year. The bulls made an attempt to return control over the situation. They broke through the resistance level of 119.05-119.25.

The pair scenario remains the same: consolidation in the formed range, the output of which will determine the pair movement. While the pair is trading above 116.05-116.25 chances of re-growth and the 120th figure breakthrough will remain quite high.