Forex Fundamental Analysis : The pound strengthened amid the dollar fall 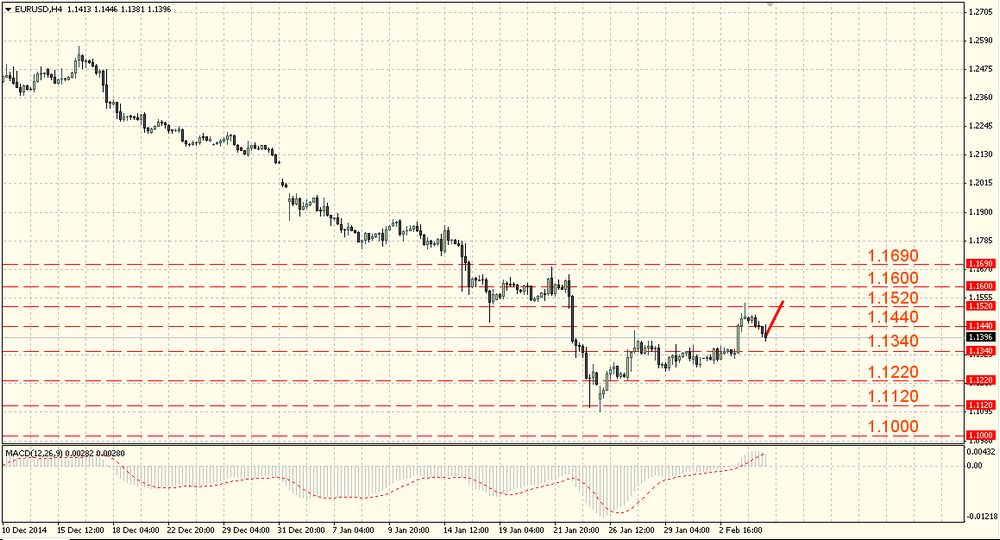 The euro slightly fell after it has grown against the dollar when it became known that the Greek Finance Minister J. Varoufakis said that his government wanted to negotiate with the country's creditors to exchange outstanding debt to the "new growth-related" bonds. The January service sector purchasing managers' index (PMI) will be published soon and we expect the indicator to record 52.3 after 51.6 in December, but the composite indicator, including the production sphere will record 52.2 after the previous 51.4.

The upward euro/dollar correction pair has stopped. Bulls managed to break through the resistance near 1.1420-1.1440 which led to the protective orders actuation and the pair growth up to 1.1520-1.1540. Of course, it is exclusively a corrective recovery. Of course, with the above mentioned resistance breakthrough we can talk about the downward pressure weakening. Nevertheless the pair could not fixate above the level of 1.1440-1.1460 and fell below it. 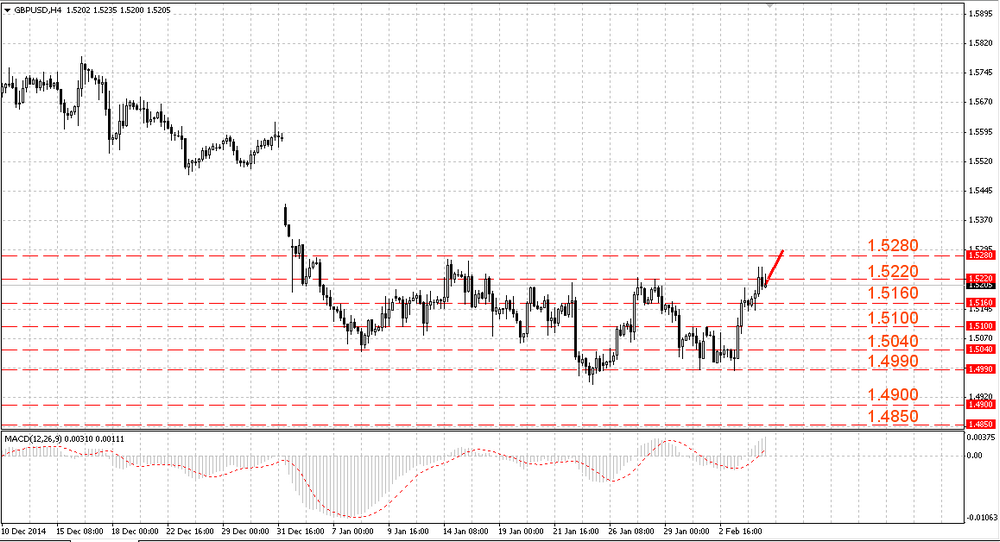 The British pound has grown against the dollar during the previous trades. The January construction sector business activity has unexpectedly increased up to 59.1 from 57.6 in December when it was expected reduction to the level of 56.9. The service sector purchasing managers index (PMI) for the first month of this year will be published soon, maybe, with growth to 56.5 after the previous 55.8.

The pair GBP/USD does not leave attempts to develop an upward correction. The pair managed to return above 1.5100-1.5120 and continued to grow, again testing the resistance near the level of 1.5220-1.5240. This level continues to hold back the bulls’ attacks that retains the risks of a renewed decline. 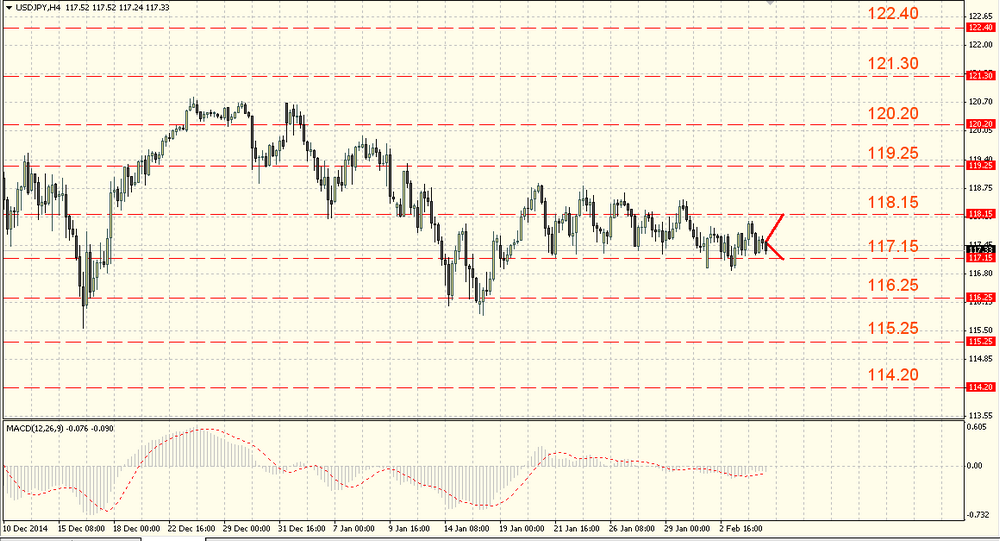 The pair dollar/yen started the Tuesday session on a minor note – it has fallen to the new local lows amid the Australian Central Bank reports to lower interest rates. The volatility can increase the ADP report about the new job places in the US private sector. The pair USD/JPY continues to trade in different directions, staying in a range between the support around 116.95-117.15 and the resistance near 118.15-118.35. The pair was sold off on its decline to 116.95-117.15 that led to its growth up to the 118th figure.

The pair continues its consolidation and it is necessary output from the range for the movement development in one or another direction.